So I founded a publishing company that is “ageist.” We only publish books written or illustrated by children. If someone over eighteen submits a brilliant manuscript or a breathtaking gallery, it will be rejected upon receipt. Because we are ageist.

Recent popularity of the term leads some to believe millennials made it up to challenge much of the unwarranted animosity to which they are subject, but “ageism” has long been recorded in Merriam-Webster. Psychiatrist and Pulitzer Prize-winning author, Robert Neil Butler, coined the term in 1969. He began articulating the discrimination against seniors such as prejudicial attitudes towards older people and the aging process, discriminatory practices against the elderly, or institutional policies that perpetuate stereotypes of seniors. As the first director of the National Institute on Aging, he didn’t merely earn a right at the discussion table; he built the table.

It is convenient to label a remark or philosophy ageist if it fundamentally deals with a person’s age and you don’t agree with it or aim to squash it. What about neutral declarations of fact that also deal with age? Such as observations like most babies cry. Or, most senior citizens retire at some point. Or, most college students enjoy a spring break from classes. Anyone finding these statements offensive probably needs a psychiatrist, but by suggesting that, I’ve probably committed some sort of nasty ism.

Are nasty isms always inappropriate? Better posed, are there situations where ageism or racism or sexism might be appropriate? Let’s remove the word “most” and eliminate ambiguity. Can any of the following statements be labeled with a nasty ism and banished to the outrageous shame pile?

Are any of these truthful statements offensive? If so, which ones and why? Truth isn’t relative, but opinions are. There is something to be said for the way in which a sentence is structured and the spirit of words. You can be incredibly nasty and state fact at the same time. This is the only area where relativity comes into play.

I will finally tell you what’s got my goat. Hollywood and the fashion industry seem exempt from these discriminatory practices, despite boldly and triumphantly practicing ageism, sexism, and racism. As for ageism, why is it that we let certain cases slide that are incredibly dangerous, and then condemn other ageist situations that are mere situations of truth-telling? Our latest book release How To Experience Death For Beginners received mixed reviews. Albeit the majority are passionately positive; some have been seriously scathing. To an alarming degree. We expected some emotional reactions because Jessica Branton’s book contains highly controversial subject matter. It explores the dangers of self-harm, but the main characters clearly establish that cutting is not the answer to any circumstance. Jessica’s book also contains situations of stalking, which could trigger many survivors of that particular crime. Several bloggers didn’t like these topics and were not shy with their opinions.

Those reviews are for another occasion. I want to focus on the ageist responses we are getting. How To Experience Death For Beginners was written by a 14-year-old. Yes. Jessica Branton was only 14 when she completed her first novel. One reviewer quoted, “There is nothing wrong with this book at all… I just don’t think we should care what a 14-year-old has to say.” For real.

I understand some people are the “children must be seen and not heard types,” which others might label ageist as well, but if someone doesn’t care what a 14-year-old has to say… why read her book in the first place? I get that this crazy little press we have is swimming in uncharted territory. That’s why this here rodeo is a non-profit. But I’m now wondering what exactly we should allow children to do.

Many people welcomed the recent speeches of Parkland High School students who had something to say about gun control. America is quite proud of 14-year-old gymnasts who vault and tumble their way to the Olympics every four years. We are frequently entertained by musical prodigies, math prodigies, spelling prodigies, chess prodigies, etc. The adults who go to soccer matches, karate tournaments, and swim meets very much want to see and hear what their children are doing. So, is it ageist for an adult to declare in a professional book review that people should not care what a 14-year-old has to say? (Or write?) I think so.

In that sentence, if you replace “14-year-old” with “Asian” or “woman,” does it become a different ism? Hmmm. 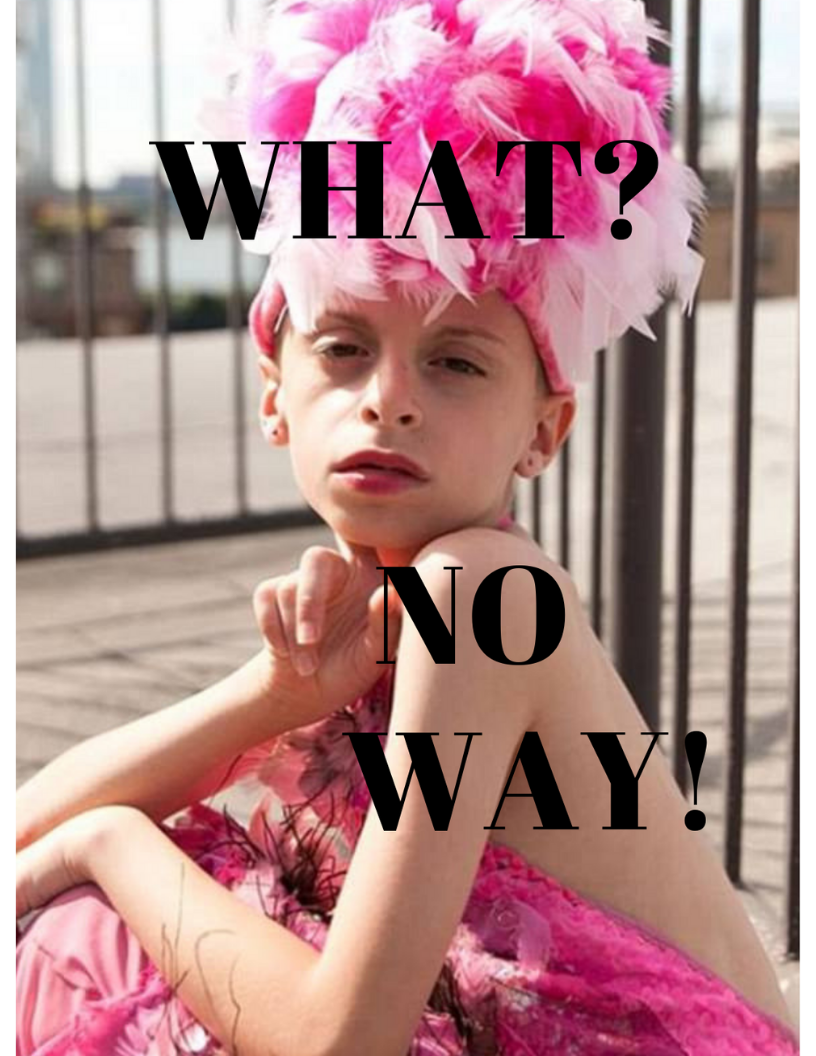 With what activities do we draw the line when it comes to children? I can personally suggest too many lines to count. Should children be allowed to vote in presidential elections if they’re learning to drive cars and can’t buy beer? Probably not (I don’t care which political party to which you’re a slave.) That may be controversial, but the most dangerous line crossers are kid drag queens and toddlers in tiaras, prancing about stages in the abomination that is premature sexualization. Children do not have the psychological and physiological development to be sexualized, nor do they have the capacity for sexual consent of any kind. 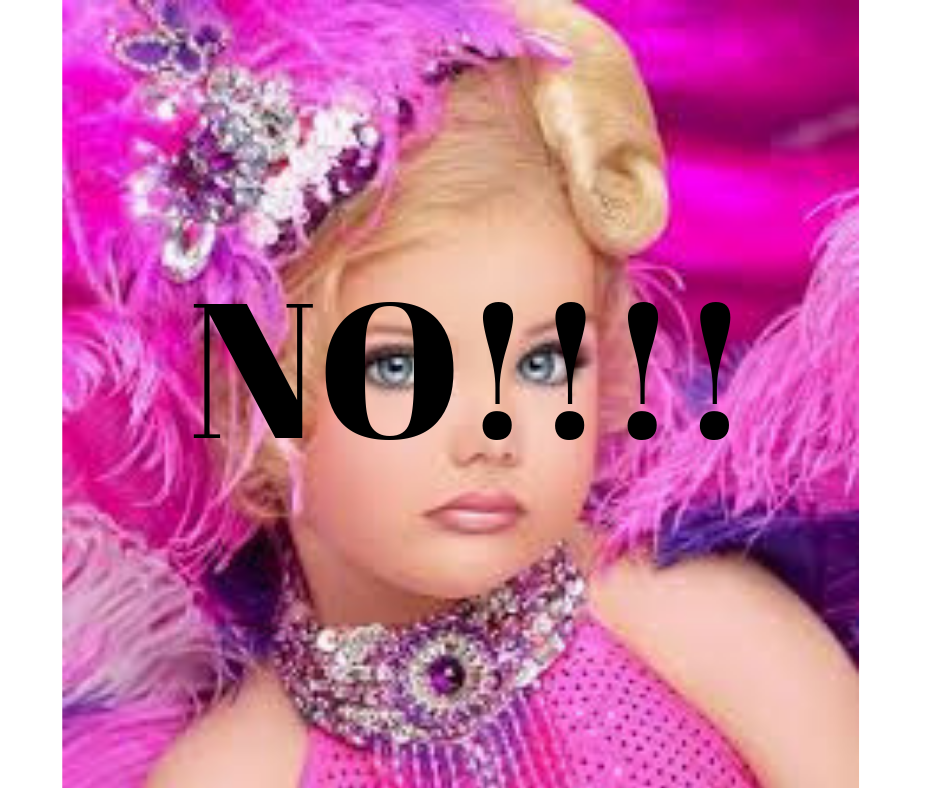 Nobody should be sexualizing a child in any way. Every proud mom and pop parading their kid around in such ways should be ashamed of themselves. But that’s just my own opinion. (I think I’ve opened a can of worms for another blog post entirely.) 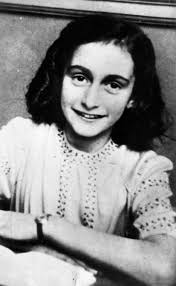 Bottom line, I don’t think we should stifle the voices of children. We should always care what children have to say. It’s the essence of our organization. If you are one of those seen and not heard types who think children don’t have anything valuable to say, we may not hold your opinion in high regard either. I leave you with stunning words of Anne Frank, the literary prodigy millions of adults do seem to care about:

“The young are not afraid of telling the truth. People can tell you to keep your mouth shut, but that doesn’t stop you from having your own opinion.”