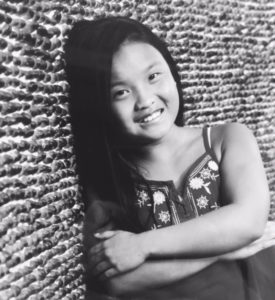 Imagine being a bestselling author. Book signings in New York, television appearances, and hundreds…even thousands of people rushing out to buy a book with your very own name in bold letters on the cover. It is a dream come true. Sadly, for many kids out there, this dream may never come true. At least not until they become an adult, which is the typical age of most authors. However, I believe that kids should have the opportunity to write their own books.

Kids writing books would benefit their education. The accomplishment of a published book would look very impressive on a college resume, which might increase the chances of getting a scholarship. Writing not only helps develop communication skills, but also grammar and reading skills, along with cognitive thinking. So even if you do not get a book published as a kid, but still write one, all these benefits increase your knowledge, making you more intelligent.

Another reason why kids writing books can be beneficial, kids understand what it is like to be them. While there are many successful and talented children’s authors out there, not all of them are able to perfectly capture the mind of today’s youth. Part of the reason may be because the world is changing. Being a kid in the seventies or eighties is not the same as being one today. As the world is advancing, why not advance our children’s literary world?

Devices such as the smartphone, are very useful, especially since computers have helped advance the literary world. Yet, many kids and teens have become a little too interested in texting and using social media and other apps, which limit their creative ability to what their thumbs allow them to do. Using an app only allows you to do what’s on the app, while in writing you can romp through infinity with just a piece of paper, pencil, and your mind. The only thing that limits you is your imagination.

There are several child authors out there. Such as: Francis Hawkins, who in 1641, was eight years old when he wrote a book of manners for children. Dorothy Straight was only four years old when she wrote How the World Began. Alexandra Elizabeth Sheedy wrote She Was Nice to Mice in 1975 when she was twelve years old. Anne Frank’s diary was published in 1952 as The Diary of a Young Girl. Her book has been translated into more than fifty languages, making it one of the most popular books to have been written by a child (Children as Authors Fact Monster). Although there have certainly been others, I do not believe that is enough compared to the thousands of adult authors.

So many kids have potential in writing; they should be encouraged not discouraged.

This is the kind of attitude that discourages kids from becoming authors. If more kids were authors and more people supported them then maybe there would be more child authors out there. Since there are only few out there, it can make kids believe that since hardly anyone else does it, they can’t, which can keep them from reaching their full potential. People say children can be whatever they want when they grow up, but why not now?

Do you want today’s kids to get creative and write? Take action today. Help kids reach their full potential. Encourage them to put pencil to paper, use their imagination, and go somewhere they never thought they could go.