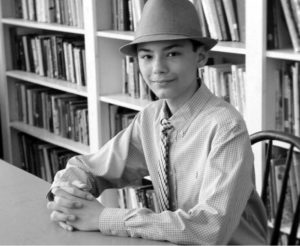 Elias Mask started writing when he was nine. As an only child, he makes great effort to entertain himself and have an extraordinary life. His main goal in writing is to inspire other kids to read and write, be the best versions of themselves, and to follow their dreams.

With an IQ of 152, Elias is certainly living an extraordinary life. He was recognized by the mayor’s office and Community Development Foundation for his achievements and academic excellence. Elias was nationally ranked in state testing and was the Grand Champion of his district chess tournament. In addition to being an honor roll student in the gifted program, he is in the creative writing club, on the archery team, a member of the chess club, and was voted leader of his school’s Isibindi group.

Elias is a member of the Scholar Bowl, Beta Club, National Youth Leaders of America Association, and he won the Lion’s Club Outstanding Achievement Award. Elias also loves Legos, computer coding, and creating stop motion videos. He has a rabbit named Snowball and a blind cat named Timmy. You will find him wearing a signature fedora wherever he goes.