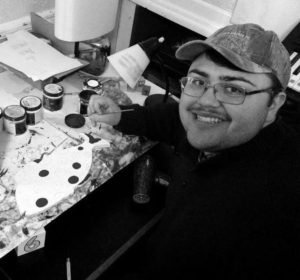 Gabriel Sotillo- As a child, Gabe enjoyed drawing all the time. He had an unusual proclivity for shapes, colors, patterns and numbers. He often depicted their relationships in his artwork. That is not unusual for someone with autism.

While in school, Gabe’s art instructors praised him as being both gifted and extremely prolific. He was invited to exhibit at the High Museum of Art at age nine when he won the national “Reflections” award. Take a look at this video below, created by Judith Condon, Gabe’s former Art Teacher:

Gabe’s visual art has won numerous awards, and he also like to create vibrant animations, in what he calls the “old style”. Here, he illustrates each page individually. His Mixing Colors video on YouTube has over 2 million views, and Google featured it as a premiere source for color mixing. His YouTube channel Gabinations has 3,930K+ subscribers. You can also see more of Gabe’s work on his blog, ART WITH HEART.

Gabe’s special needs give him extraordinary perspectives, from creating vibrant artwork, to repurposing found objects no one wants, to designing his own number characters in which all the evens are female. As Gabe explains, “any number plus itself will always be even, so only evens reproduce.” Through his art, Gabe is able to share these unique observations, enabling the viewer to see the world through the eyes of someone with autism. If you ask Gabe, he’ll tell you he has “artism.” It is actually autism that gives him these wonderful skills. 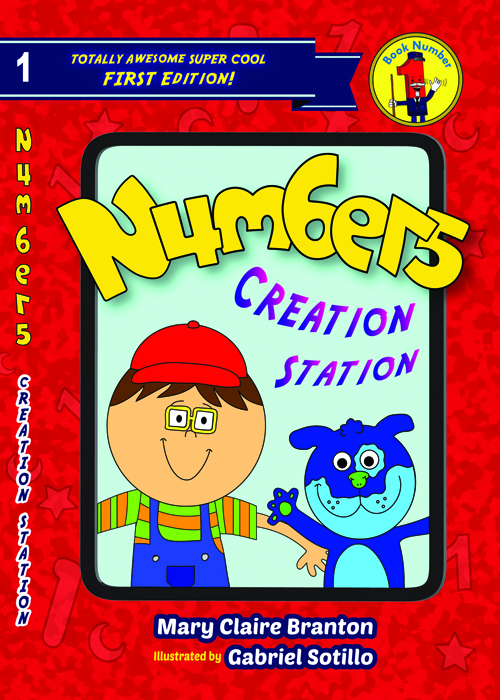 Gabe and Mary Claire Branton have completed the dummy for the first edition of their illustrated chapter book series, Numbers. They are now meeting with agents and editors to collaborate with Charlie’s Port. Learn more about it on our In Development page.