It was cold and it was grey. The air had that faint metallic scent that the beginning of snow brought, but there wasn’t so much as a flurry yet. I looked back at my car. The bright red seemed to pop against the winter air. I could go back, I thought. I could turn away now and never have to deal with this pain.

The door stood before me. See-through and indifferent to my inner turmoil. I could see the waiting room through the door. It was non-nurturing, unloving. It was grey, like the weather, but in a way that made me feel unwelcome. I hated the look of the inside. I could only see one other person in there, but they were wearing a hoodie. The person’s outfit was like everything else: grey. I looked down at my own outfit. Yellow.

Maybe I’m in the wrong. Maybe I should go back home and forget this ever happened. I can talk to my family and I could explain everything. They could comfort me. I found myself stepping toward the door. They would be so disappointed. I took another step forward as I imagined their looks of disappointment. “You’re so perfect,” they would say, “how did this happen?” I was at the stairs now. Only five steps. Versus the fifteen steps to get back to my car. “I don’t know,” I would respond. My parents would look at each other. I would see the broken trust. “I can fix it. I can…” I can’t change it.

The door slammed open and out raced a woman. She was clutching her stomach. Her eyes were dull like the clouds. They were empty, like my car. I watched as she jumped in her tan van. There was a short pause and out walked an older man. He hopped into the van as well and the two of them disappeared into the mist. I took another step up. It won’t be that bad. It won’t kill me.

I put my hand on my stomach. I stepped up two more stairs. Then the final two. I opened the door. It was silent in there. The person in the hoodie hadn’t move. The woman behind the counter smiled. She had short curly hair. Her eyes and smile had said hello. “Do you want an appointment?” 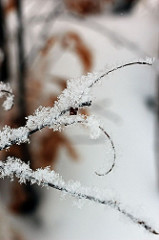 I didn’t say anything. I glanced over my shoulder. It had begun to snow. Small flurries fluttered to the ground. I can still leave, but I didn’t think I could. I walked up to the counter, stiff with worry. “Are you alright, dear?” I looked into the woman’s eyes. They were wise, with crinkles lining the edges. Her mouth was tiny and her skin looked frail.

My mouth opened. She looked at me expectantly, expecting me to answer, expecting me to say something. I closed my mouth. I looked down at the counter, on it there was a blue clipboard with a sign-in sheet. The names Melissa and Courtney were the only two on the page. I picked up the pen that was attached to it. The metal chain scraped across the clipboard loudly. I wrote my name down.

The woman picked up the clipboard. “Amanda?” I flinched at my name. “Are you sure you want to go through with this?”

It was a loaded question. If I said yes, if I gave up this baby, there was so much that would change. I knew I would change. If I said no, there would still be a lot of change. I wouldn’t have a secret, but I would have something else. Something I wasn’t ready for. I felt so alone. I looked her in the eyes. Taking a deep breath, I opened my mouth to speak.