Everywhere I look, people have Top Tens. Magazines. Newspapers. Organizations. David Letterman had one every weeknight. Some people would stay up late just to hear him announce it before turning off the remote. I was one of those people.

Other than David Letterman, I’ve never been into “Top Tens”. The Charlie’s Port marketing team mentioned that we could maybe have someone’s Top Tens in each newsletter. And we could maybe start with me. Of course I’m playing along, so I’ve tried to figure out what Top Tens might be appropriate for Charlie’s Port. Considering that we produce musicals, plays, short films, publish books, and launch social missions… I thought to start with those? 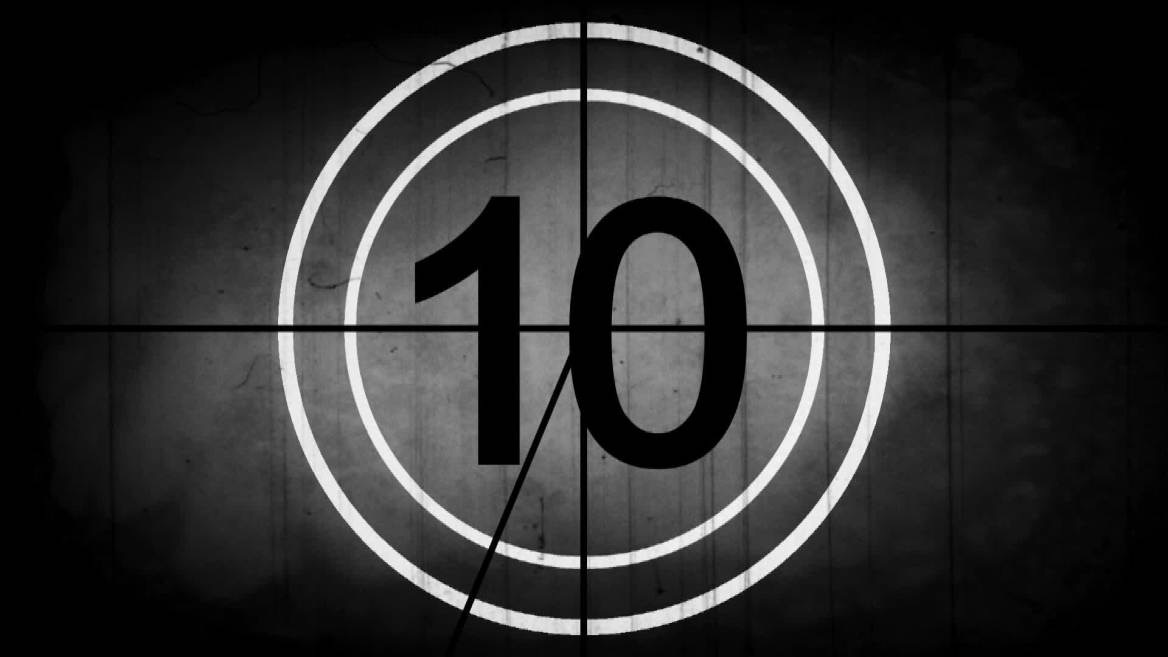 Generating these lists was daunting. I discovered a lot about myself, particularly just how much I love male writers. My heartstrings fumbled in feminist obligation, but I decided that I am what I am, it is what it is, and choosing favorite authors based on gender is ultimately sexist. Feminism, schmeminism; I gravitate towards masculine creations. Perhaps it comes from the connection I have with my father who loved Henry David Thoreau, Mark Twain, and any rugged man with a brilliant capacity to pierce the soul and convict the status quo.

The following scribbles are not declarations of who I think is the most talented at something or the best artistic product. I’m not a critic. Nor am I Wikipedia or Google. If I’m to be honest, many people think Dostoevsky and Proust are the greatest writers that ever lived but they’re nowhere on my lists. They didn’t shape my core. I do read Tolstoy’s War and Peace in the bathroom, but it doesn’t grab me like Leaves of Grass. Yet, neither is Walt Whitman anywhere to be found below.

This trivial information is in no particular order but somehow impacted my core. It reflects personal experiences with people and art that helped shape me into who I am: A work in progress with eclectic taste, rescued by Jesus and raging against the machine. There are some great books, movies, plays, songs, and movers and shakers here that inspire some type of greatness. Even holiness. I’ve decided to create lists at the end of every summer. I can be fickle, so it will be fun to see what sort of mood each August brings. You should, too! 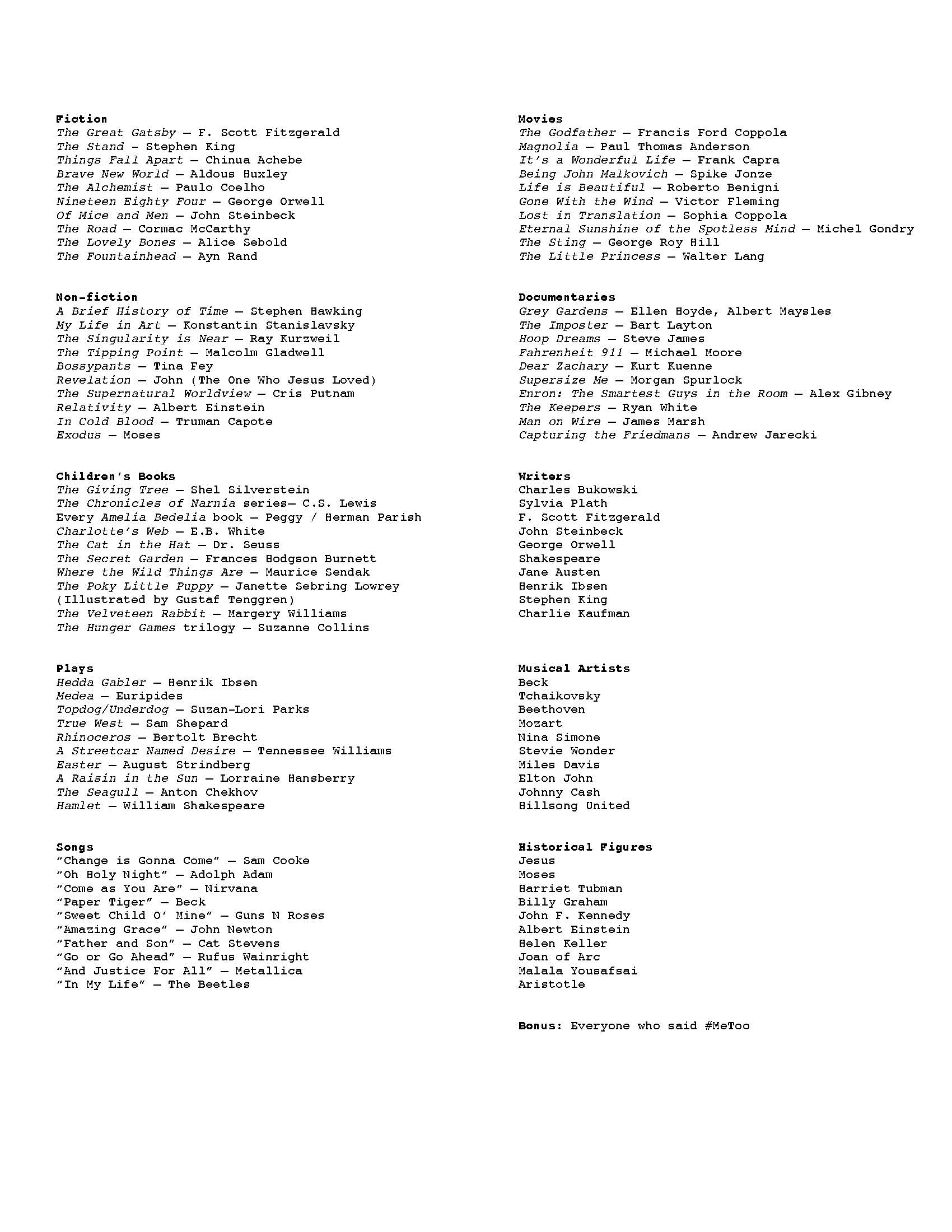 All of you lovely people dig deep and create your own lists. Ponder the world that shaped you. Experience tremendous introspection. Seize the summer before it dissolves.